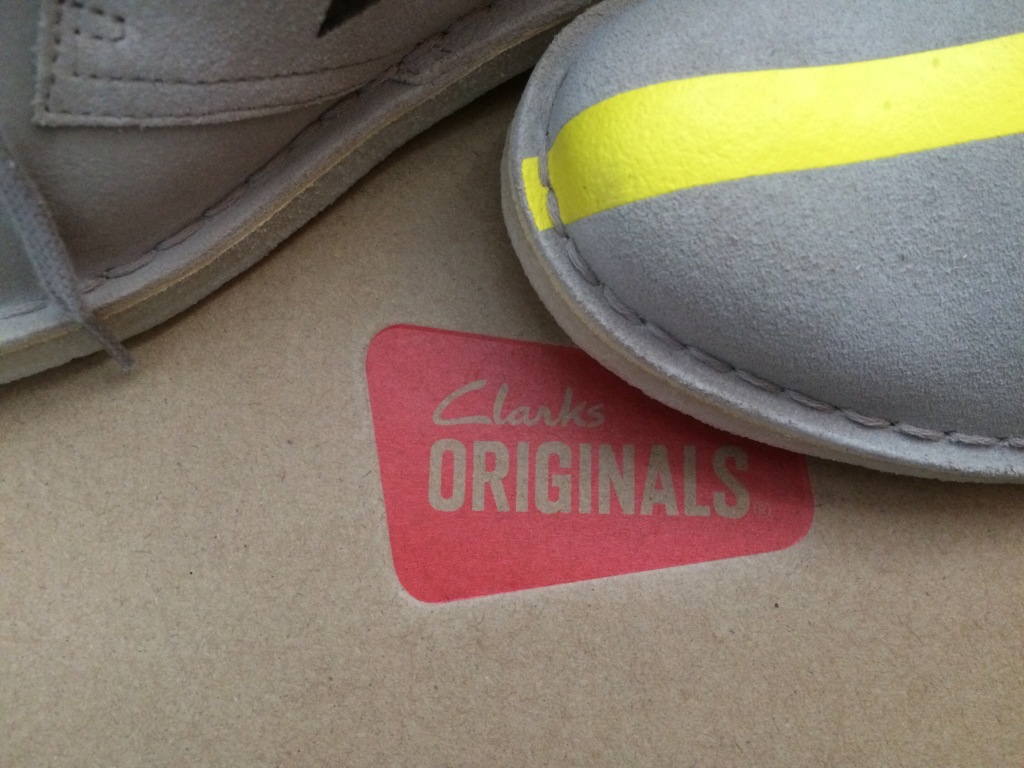 As this iconic boot celebrates its 65th anniversary this year, I thought it was about time for another entry in the EnBroguelopedia. It’s also worth mentioning that Clarks has brought out some cracking special designs to celebrate the milestone (as I’m wearing here) and has loads of colour options this summer, too (click here for the full range). So, what is a desert boot, anyway?

Clarks Originals Desert Boots were launched in 1950, but their concept dates back to 1944. They were designed by Nathan Clark (a member of that Clarks family), who was an army officer. He was inspired by the chukka boots made in the bazaars of Cairo that had been adopted as a practical option by the Eighth Army, who were transferred from North Africa to the Far East, where Clark was also stationed. Clarks weren’t sure the design would sell, but after editorial coverage in the US edition of Esquire magazine in 1950 the shoe took off, at first in America and later in Europe. The distinctive features of a Clarks Original Desert Boot are the crepe sole (my favourite type of sole – so comfortable) and just four lace holes – two on either side.

Strongly associated with mod culture in the UK, they are an absolute design classic, and are always in style. Most men I know own or have owned a pair, but I think they look brilliant on smaller feet (i.e. mine) teamed with a skirt or shorts in the summer. Just make sure your other half isn’t wearing an identical pair or someone will have to get changed…

This is an extract from my book En Brogue: Love Fashion. Love Shoes. Hate Heels. which is published by Saltyard and is available at Waterstones, Amazon, Urban Outfitters, Anthropologie, Northern Cobbler and all good book stores.

my latest Insta-shoes (and other cool stuff)